The Whirling Worlds of Gregangelo Herrera and Velocity Arts and Entertainment

Life is filled with grand characters who whirl by us and sometimes with us. Last month, I had the great pleasure of working with and befriending Gregangelo Herrera, an empire of creativity- a man, a circus, a museum and a sweet advocate for internal liberation through collaboration.


Greg was hired as the whirling dervish king for our co-production of My Friend Hafiz, which my wife Julia and I were a part of in San Francisco with The Levins’ World Folk Ensemble, Sweet Can Circus and Broadway director, Mindy Cooper. Greg runs Velocity Arts and Entertainment and, although he commands a three-ring circus of his own, joined our production with the stipulation that he be given a sturdy pair of roller skates.

Before meeting him, I was bemused when one of Greg’s personal assistants answered my email instead of Greg when I reached out to coordinate a band rehearsal. I also spoke to another assistant when I tried to reach him on the phone. I had seen a clip of Greg’s whirling dervish routine with Cirque du Soleil and heard about his Gregangelo Museum. I was beginning to think that he really was a king and might arrive in a golden carriage or on a throne. Instead, the first day of rehearsals, he arrived on his roller skates and was as friendly and down-to-Earth as you would want any of your dearest friends to be. He was warm and had a treasure store of kindness and good will that he doled out with smiles and a laugh that leveled the playing field and invited instant camaraderie.


Greg graciously volunteered his museum for our band rehearsal. I had been told (with raised eyebrows) about his psychedelic museum. When we parked in a suburban Sunset district neighborhood, Julia asked which house it was and I pointed to the one with the elaborately painted dome inside the platform landing. At first glance, the house almost blended in but, as we walked up and were greeted by mysterious music, a giant Buddha and Egyptian iconography, it was clear we were entering a well-manicured Alice in Wonderland labyrinth that would have made Salvador Dali smile.

We were welcomed by one of Greg’s tour guides and ushered into a space that I am still taking in. Every room had its own theme. While we waited for Greg to join us, we were fascinated by the young artists who looked like they were a part of one of David Bowie’s glitter glam rock tours. The house was a rave with no need for external stimulants.
Trying to find the bathroom was an adventure in and of itself, down a hallway that looked like you were crawling through a keyhole. Every inch of the bathroom was bejeweled from top to bottom. 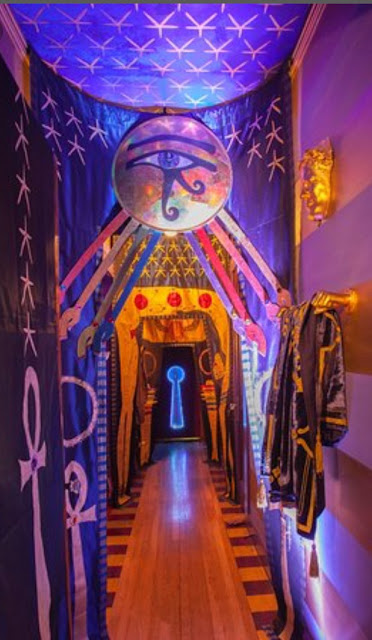 When Greg arrived, he explained that for forty years, he has had live-in artists contributing to the space. There are 36 rooms, every one of them a gem of contemplation. The house was immaculately clean and while he has actually moved out, he commands a team of artists and performers who help him give tours and are part of his Velocity Circus.

The tours of the museum and the performances Velocity creates are designed to create an immersive experience to, “Connect people on the most basic level,” as Greg said. He has his guests turn off their cell phones and wind their way through a mind-bending maze of intricacies with the intention of breaking down the barriers we put up which hypnotize us into going through life on automatic pilot. The museum is an attempt to remind people how wealthy they are inside. 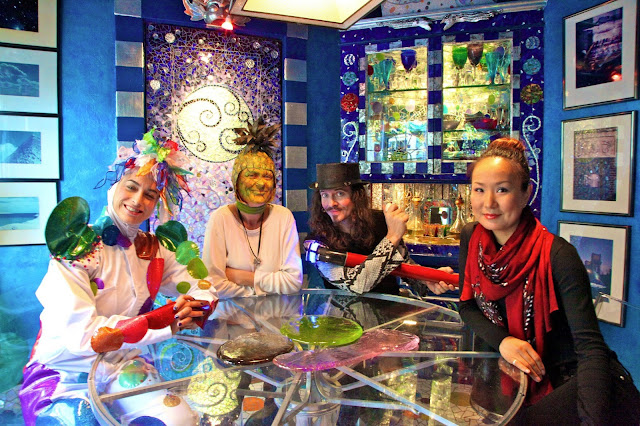 Greg told us that when he decided to become an artist, he threw himself into his career with no back up plan and found, after he became successful, that collaboration was a well-spring of strength and prosperity which made his career into meaningful service. He has fostered artists and performers who were convinced they couldn’t succeed because their parents told them they couldn’t. His advice has been, “Be successful and they will learn. Teach them what can happen.”


The prankster’s gleam in Greg’s eyes challenges indoctrination by unsupportive parents, religion and power structures that propagate fear. Velocity has currently come into corporate settings where the person in charge presents them with a huge check and tells them the performance that they have been working on for a month has been cancelled because they are afraid of what might happen. Greg’s Velocity team have created environmental and thematic atmospheres for such companies as Lucasfilm, Warner Brothers, and Microsoft. His multicultural ensemble create fantastical characters and settings, using aerial acts and optical illusions to directly interact with their audiences. They seek to touch the heart of what captivates the child inside the adult in these corporate settings. 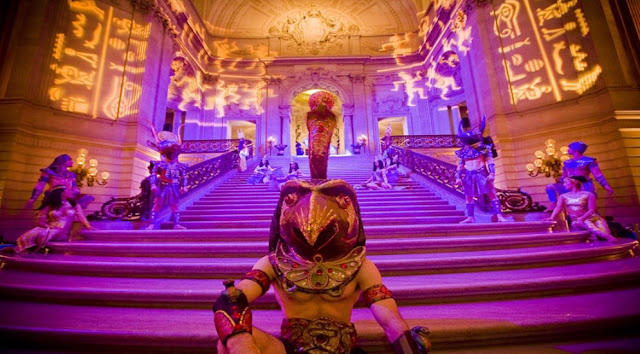 Greg has observed the societal panic that has created a taboo of touching one another in the work space. Obviously, a desire to end sexual harassment in the work space is beautiful but a blanket mandate against any physical human contact, driven by litigation anxiety, is tragic. 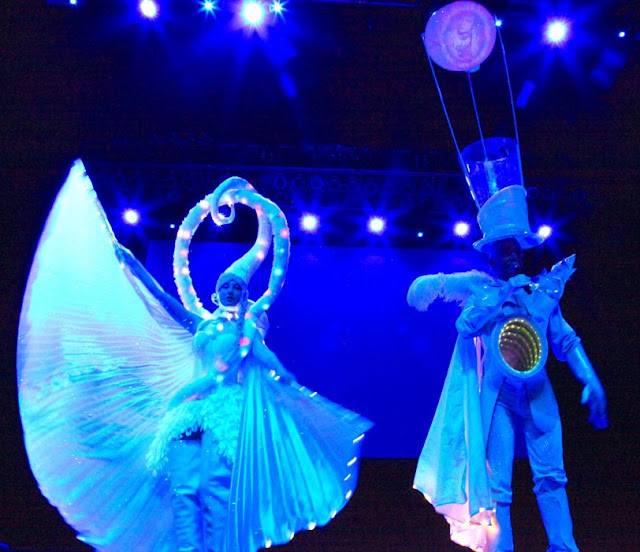 Greg said he and his performers see that people in the spaces they go into, as well as many of the people who tour his museum, are starved for affection in a way that they are not even aware of. When they get handed a check for not performing, his company often takes to the streets to share what they have prepared with an unsuspecting public. 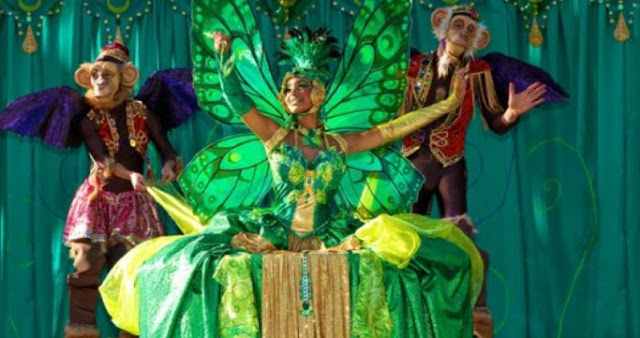 “We aim to uplift the vibrations of the most blighted areas in our city and help elevate the spirit of the city. We know there is a physical reaction to anyone encountering a performance, one that palpably alters the mood. We see it in people’s eyes. Even in those who go out of their way to ignore it, their senses are ignited. Performances are what we have to contribute and share.”- Gregangelo Herrera

It is always a magnificent treat to be given license to engage with the wonder that is constantly in motion within and around us. Gregangelo, through his museum and Velocity offers us the chance to expand our capacity to touch and be touched in a genuine way, not only through extravagant outrageous atmospheres and performances, but with extra loving-kindness.

Originally published at www.streamoflightblog.com on January 31, 2019.

License to Engage in Wonder