I do not typically post personal insights here, though this one has a conclusion that every living human shares. 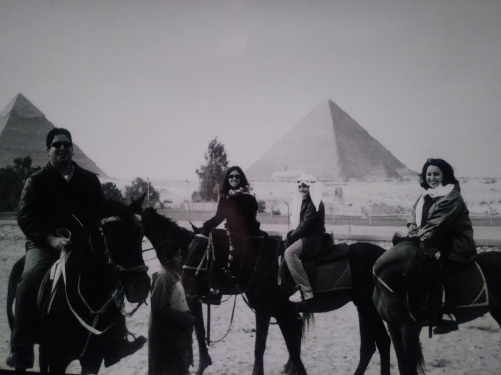 A tribute read at the memorial of: Cathy Herrera Kelly
My oldest sister who died suddenly without warning
May 8, 1961- Jan 28, 2019

As you have all experienced, Cathy was an incredibly lovable person... to everybody... and I say that even as her brother.
I have great memories of us growing up in the streets of SF during the crazy times of the late 60s and 70s, when the culture of San Francisco truly transformed to become the most liberated, accepting and inclusive city in the world. We were, and are all still part of that culture. 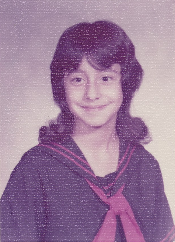 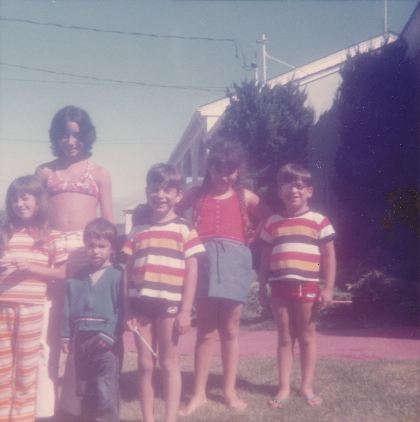 In Cathy’s adult life, she lived genuinely as a global gypsy.
No one in the family ever really knew where she was
Or by what means she managed to get there.
Typically, She was either in Cairo or Buenos Aires... or somewhere in between
But always with SF as a home base... 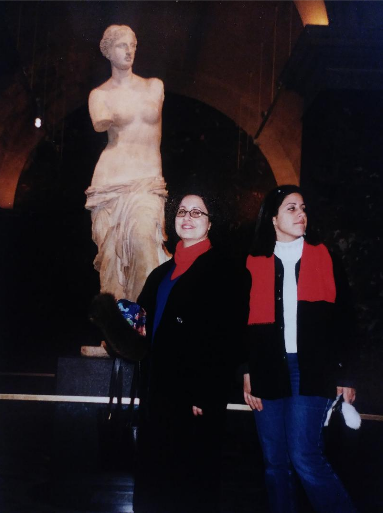 Her liberated feminist side became obsessed with the personality of Eva Peron and she did in fact set out and create a documentary about her many years ago.
...She is likely still editing it in the afterlife.
Cathy charmed her way into meeting living family members, dignitaries, and government workers who were all legitimately part of the Eva Peron story... Cathy’s theme song has since become "Don't cry for me Argentina". Today there will be a small community in Argentina crying for Cathy. 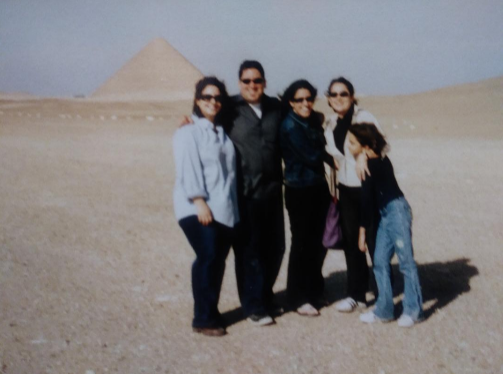 And no doubt there are a lot of handsome Arabic men in Cairo weeping her loss as well.
I always joked around with her saying she probably had a guy in every port.
She would always laugh and shake her head, but never denied it.

Cathy was notoriously late for everything... so on the day of her death, when she was over an hour late to meet for lunch with her daughter Nicole... it was not unusual. 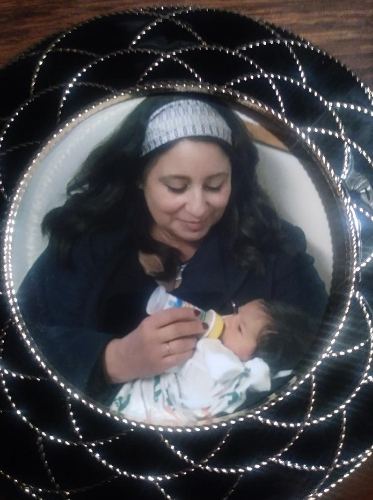 However, this time... seems like she was in fact early for her own death. Fully clothed, love in her heart for her newly born first and only grandchild and ready to meet Nicole…seems that she simply laid down, and in a moment - just died of natural causes. It was her time.
As far as death goes for the dying, it's a beautiful way to depart the world. 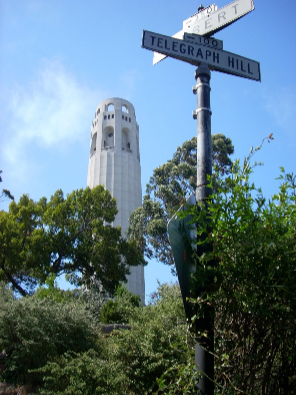 Cathy died in my favorite place in SF, on the vertical slope of Telegraph Hill right off the Filbert St steps.
Climbing that stairway alone is enough to nearly kill somebody.
And as luck will have it, my partner lives at the base of that magical hill and I am blessed to stay in that beautiful place facing the cliff, smelling the hanging gardens, and every day feeling the history of the first SF settlers who anchored their ships right there at the base of the enchanted hill. I shared much time with Cathy on her stints in the city lugging things and guiding people who have nearly lost their breath on the way up that cliff stairway. 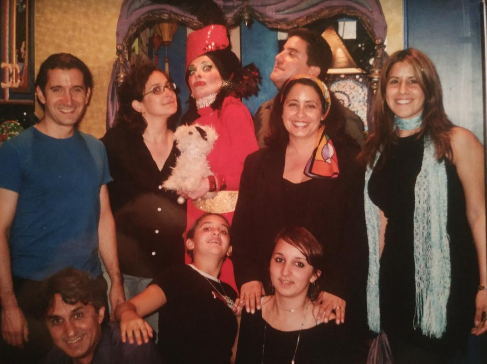 One of my favorite memories on the hill with Cathy is from some time ago on a quiet Christmas Day in the city.
Several family members and I climbed the stairs with a giant pumpkin in tow.
We got to the top and perched ourselves at the highest sheer part of the cliff. Armed with sharpies, we all wrote on that pumpkin what grievances we wanted to purge for that year... we threw it off the cliff and watched it smash into a million pieces,
And in that moment, there was laughter, and satisfaction, and some of our grief actually did disappear when that pumpkin ricocheted, rolled and smashed into the ground far below... 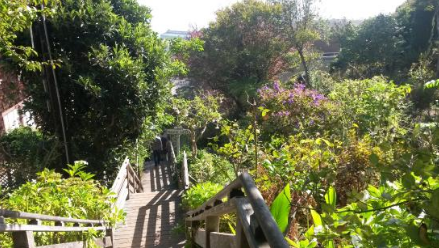 And that brings me to grief: whatever grief you all feel, not just for Cathy, but also in your own lives whether it is Being estranged from loved ones, estranged from friends, or any other kind of riffs…
Professional, cultural, or family-wise ...THEY ARE ABSOLUTELY RECONCILABLE. I know this to be a truth ... because I piss off a lot of people!
And I genuinely reconcile with people consistently.
Let’s face it:
In any riff, both sides are always accountable
Let’s take responsibility for our part in it.
And I know that each and every one of you will most likely be harboring some type of animosity.
But it's ultimately useless, it's cowardly, and it wastes so much time and energy, and …love.
It’s so easy to stand behind our pride and our egos...

But it takes great bravery to JUST GET OVER OURSELVES and our pointless squabbles.
Rise above them.
With acceptance, mutual respect and collaboration…Everybody has the power to love more, to give more, to create more and to care more in the tiniest or largest ways possible within your abilities. .
It is always within our own strength and power to mend and move forward.
Because, as this gathering today proves, we never
know when our time is up. 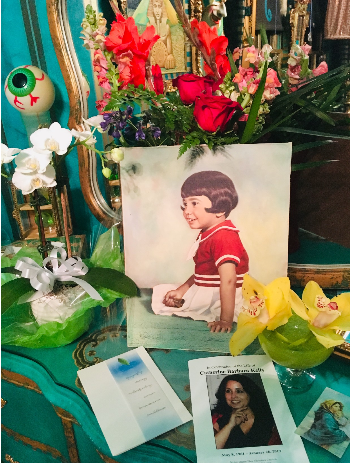 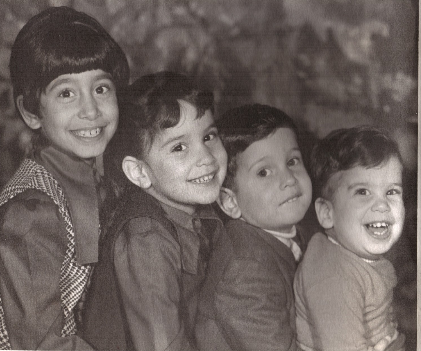 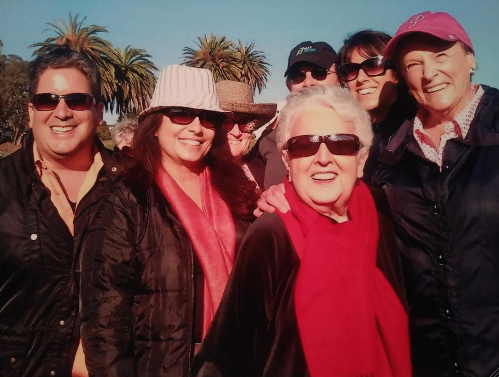