NEMA "Made in San Francisco" 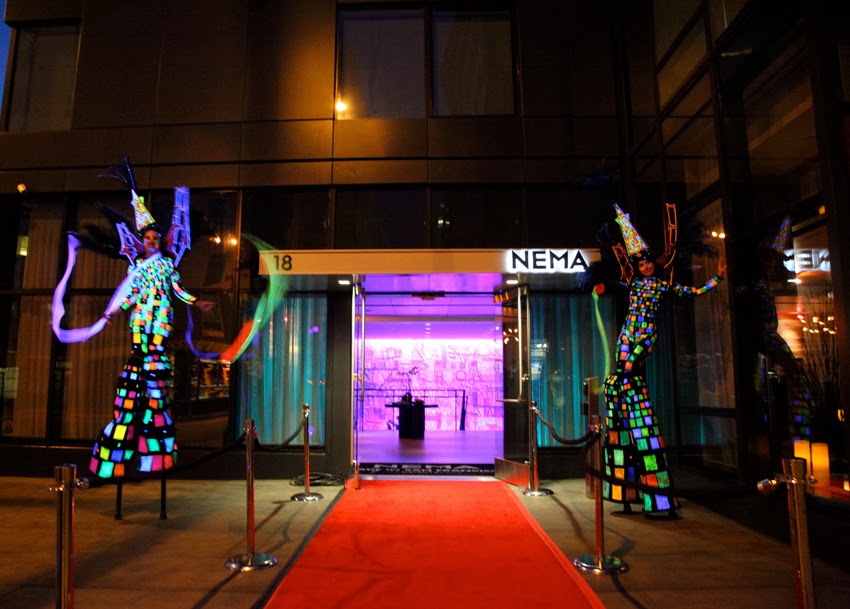 San Francisco has always been known to be a boom-town.

From the Gold-Rush to the Silver-Rush to Culinary Arts & Tourism… and now at the helm of "The Information Highway",  Gregangelo & Velocity Arts is inspired to be providing entertainment celebrating the completion of major new architectural landmarks during our current Building Boom! The new NEMA towers complex is a residential oasis, complete with uncommon luxury amenities and services catered specifically for its residents. 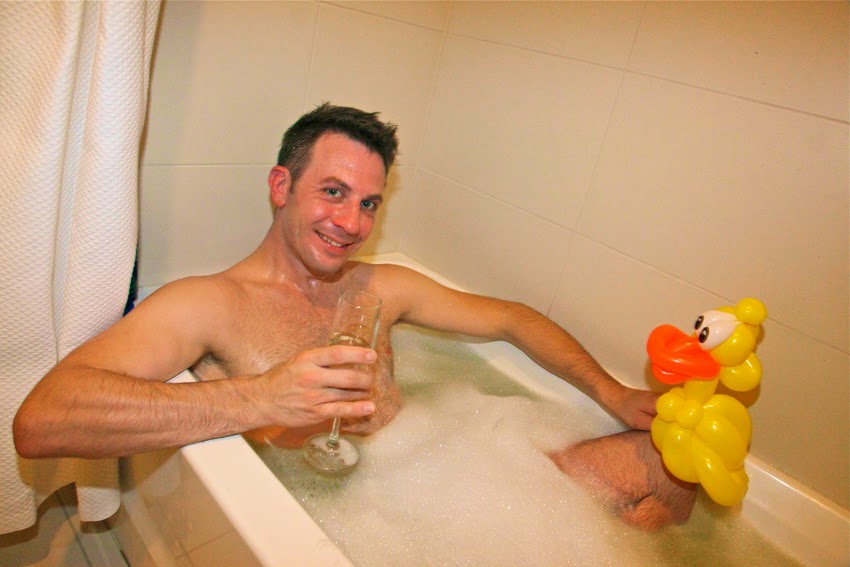 Guests got to be voyeurs into the lives of tenants in 3 apartments, experienced a multitude of uniquely San Franciscan artists and immersed themselves onto a roof top garden where native flora & fauna came to life. 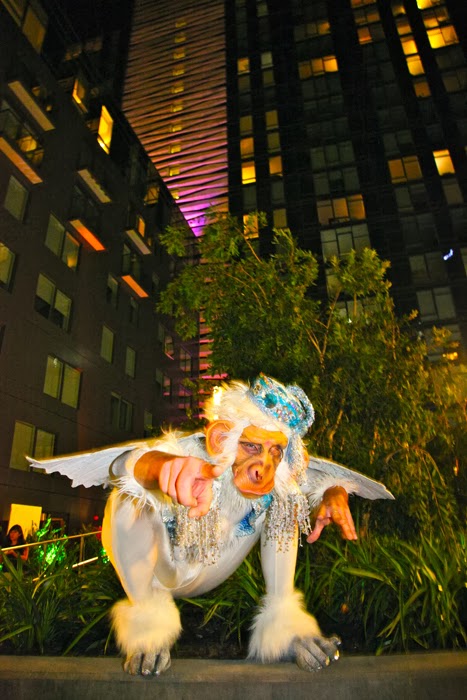 The NEMA towers bring new life to this otherwise blighted area of SF.
Link to NEMA "Made in San Francisco" 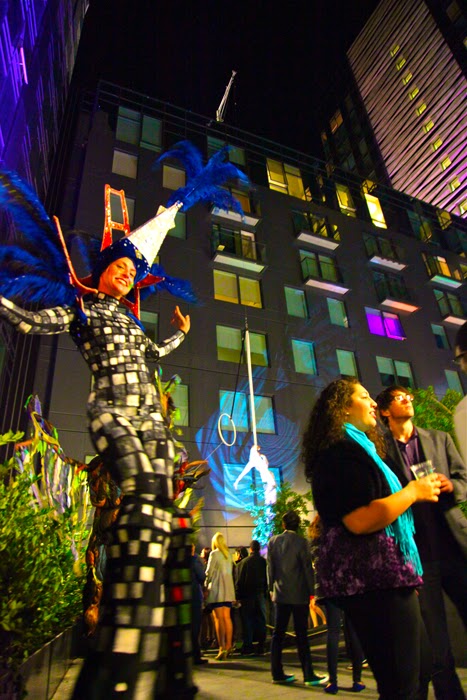 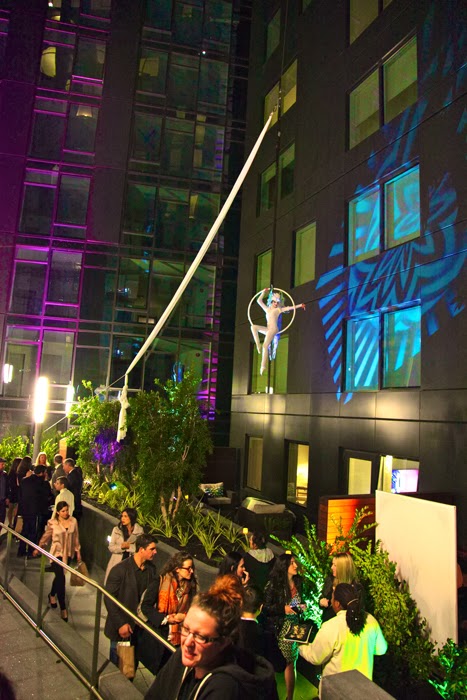 With a contrasting philosophy, the revolutionary Trinity Properties just down the street is building a new 4 tower residential complex, "Trinity Place" with a public square for all of the city's residents to enjoy in this bustling revitalized theatre and civic area. I am truly inspired watching these towers from concept to ground-breaking to nearing completion as they rise from the rubble transforming the heart of San Francisco towards a brighter future… 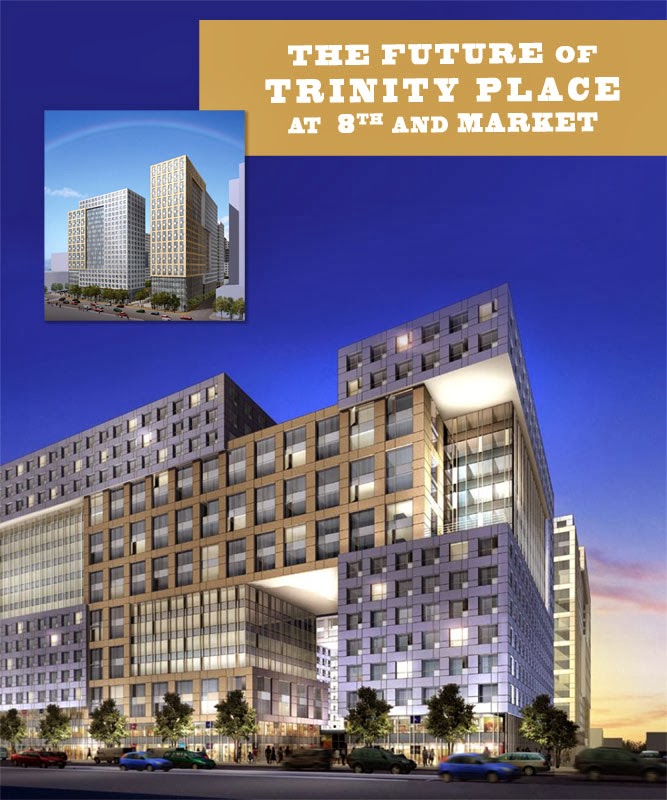 Posted by Gregangelo & Velocity Arts & Entertainment at 11:58 AM No comments: 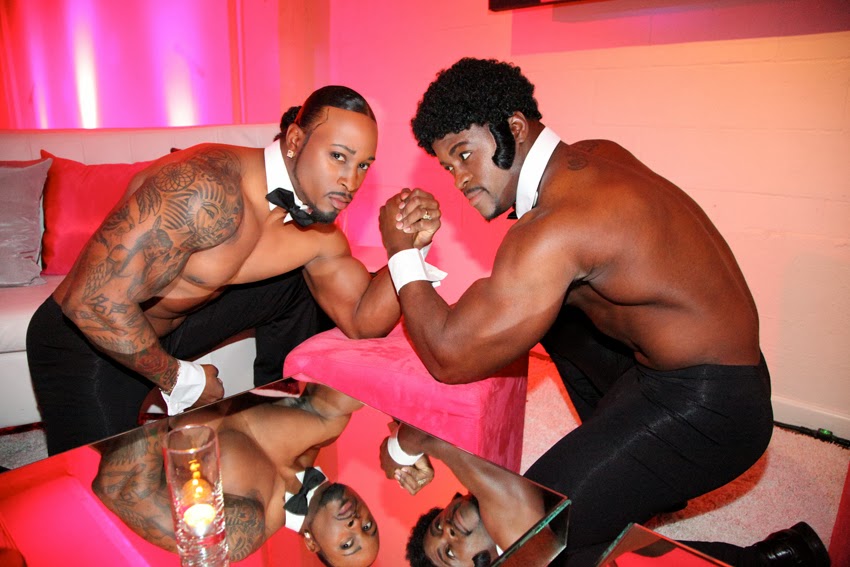 Every once in  a while a private commission comes in that is challenging and over the top beyond expectation. This was one of those rare experiences.

For her 50th birthday celebration, this client had a crystal clear vision of catapulting back to the socially progressive 1970's into her dream night club experience. 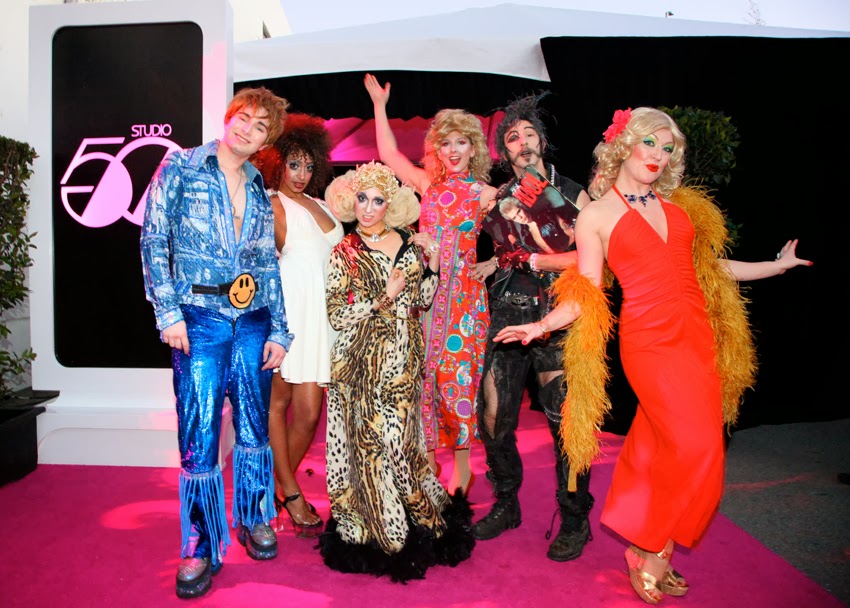 Greeters were groupies hanger-on's who were publicly denied access to the club to see their favorite celebrities such as Cher, Liza Minnelli, Mick Jagger and Andy Warhol. As Velocity specializes in creating New Works and New Experiences, we put our own unique twist on bringing this blast of the past to a new life.

Boogie on in to gallery & videos of the decade of the sexual revolution!

Posted by Gregangelo & Velocity Arts & Entertainment at 11:35 AM No comments: 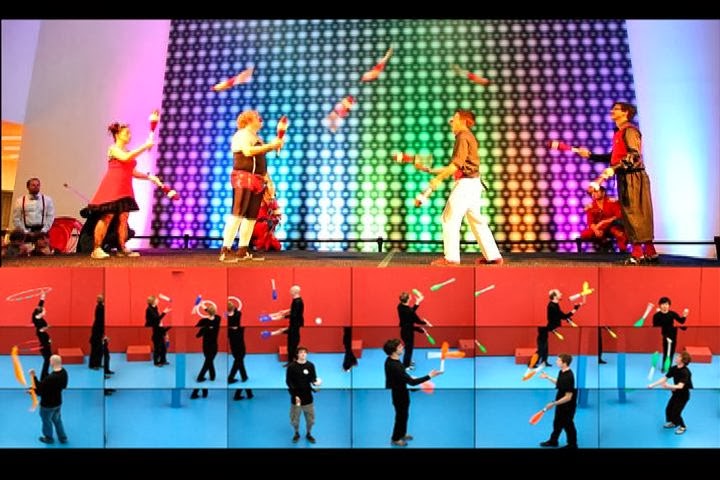 The fine arts museums of San Francisco hosted a gala event for the children of the museum donors at the de Young Museum. The theme, inspired by David Hockney's onsite video installation titled "The Jugglers", set the mood for the evening.
Families entered the museum with their children at the forefront.

Velocity jugglers entertained them in the courtyard. 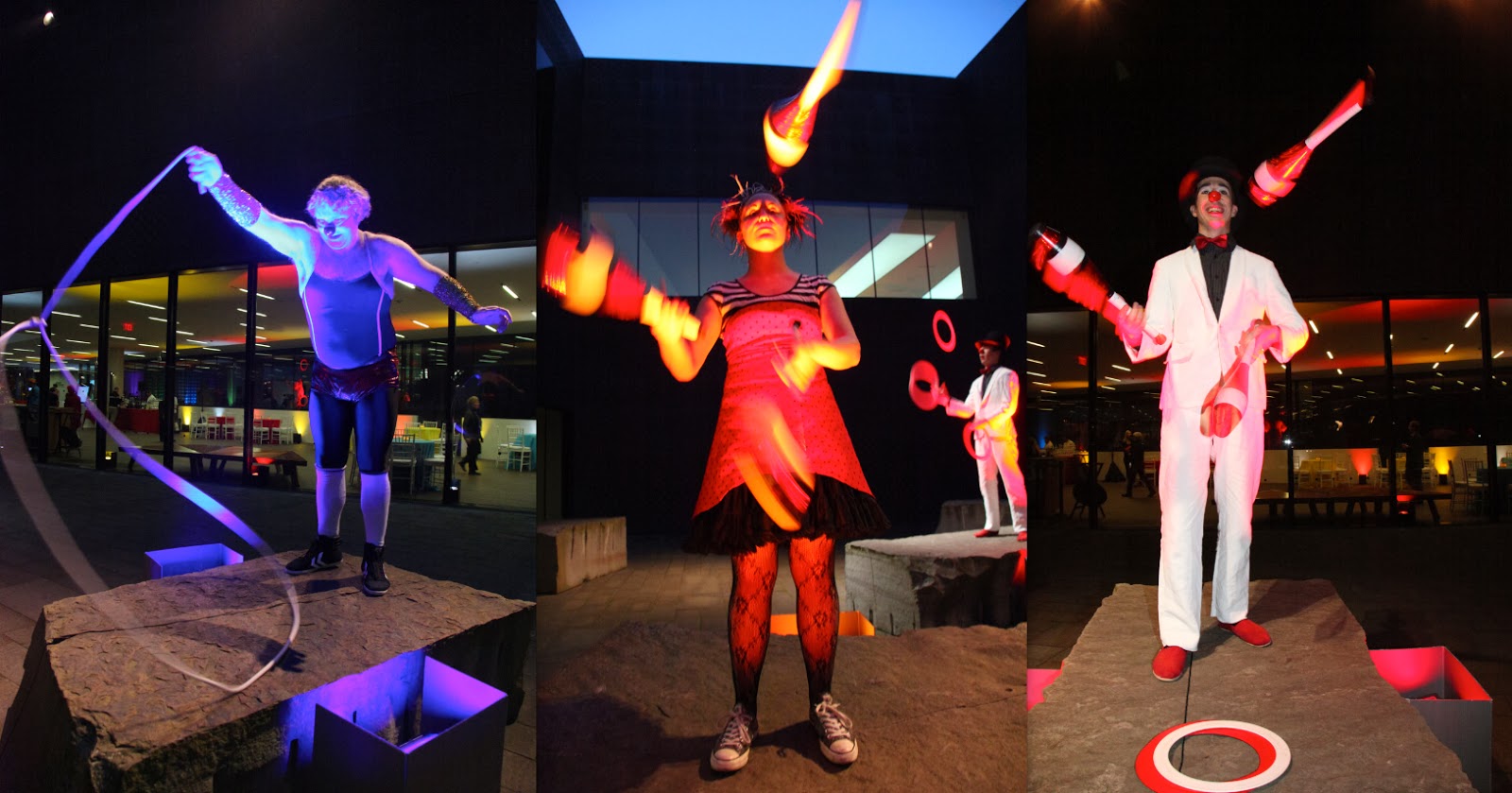 Everyone was dressed in their finest play-ware, and play they did! 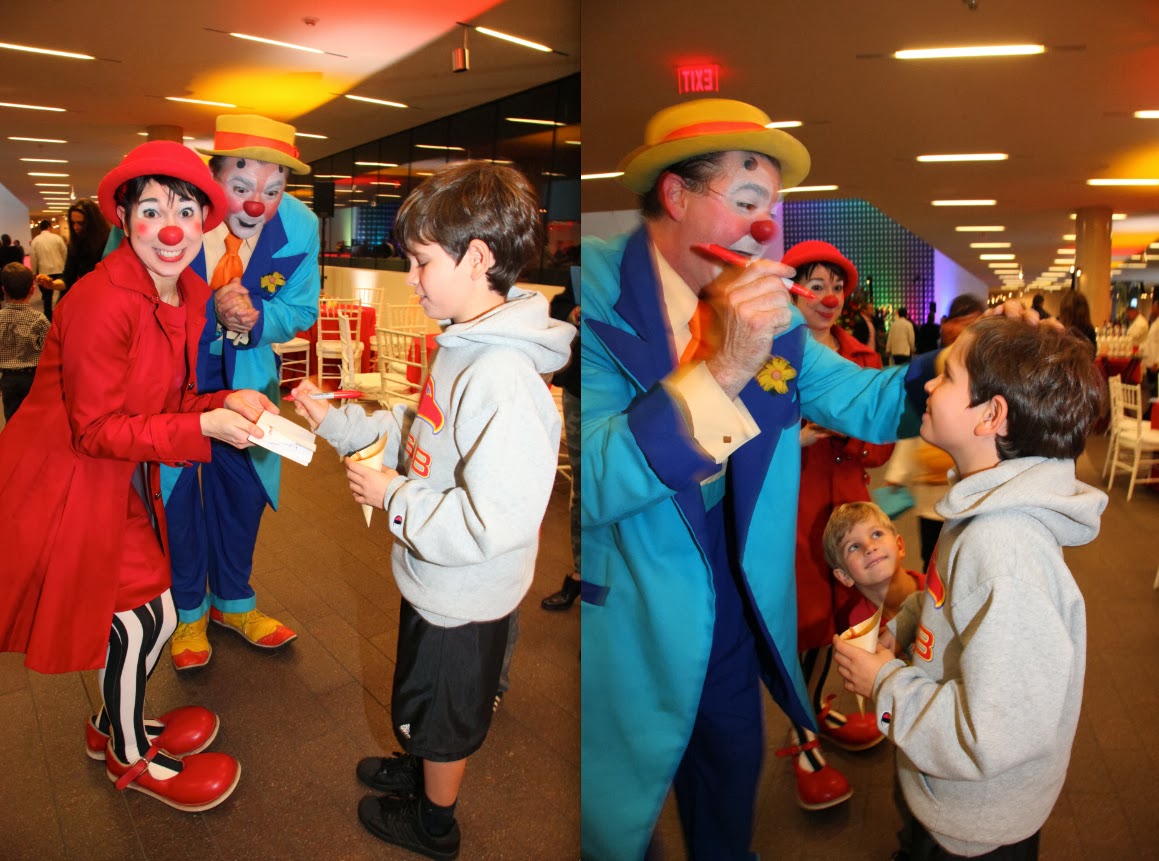 Velocity Circus provided all of the wacky, high-energy and artistic juggling entertainment bringing the characters to life out of Hockney's exhibit. 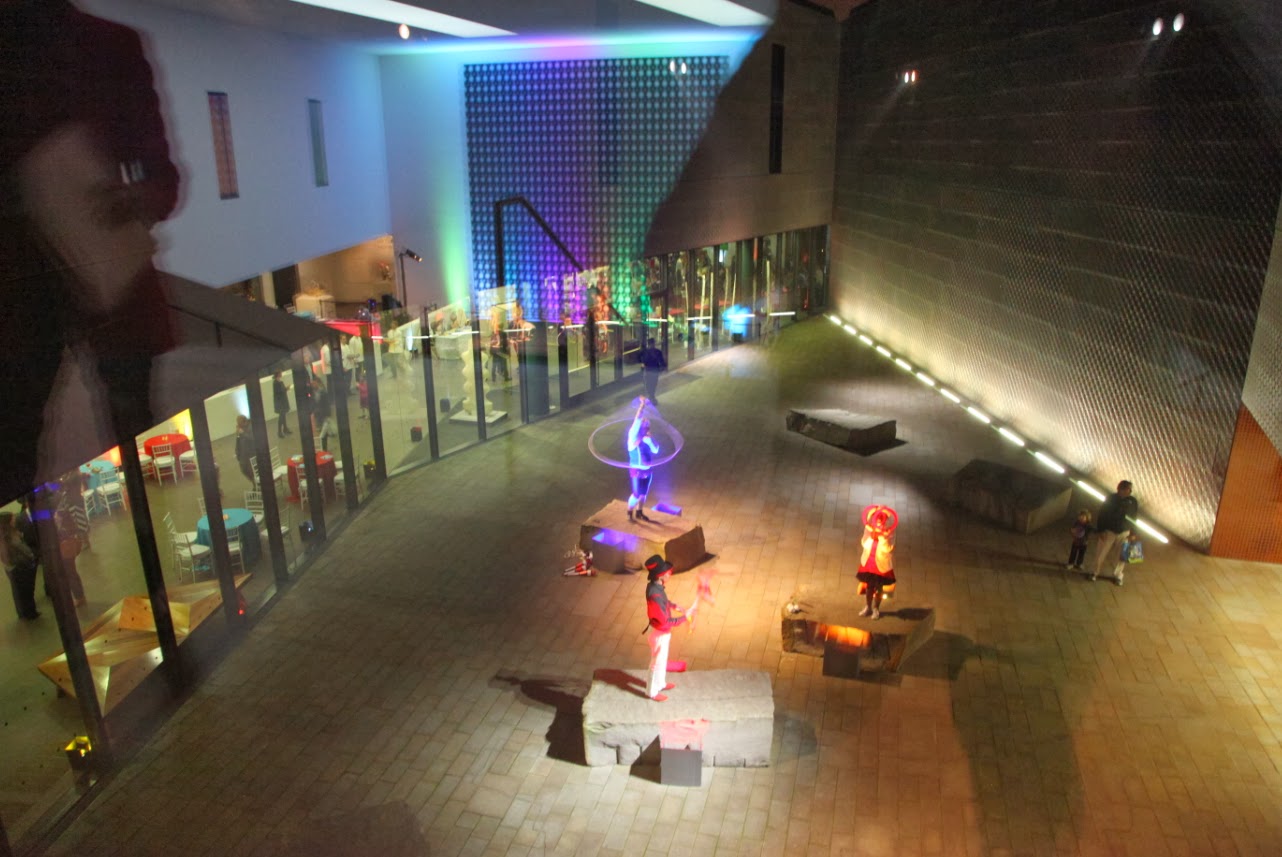 Photos by Hiromi Yoshida
Posted by Gregangelo & Velocity Arts & Entertainment at 11:21 AM No comments:

I was delighted to receive this unexpected response following a typical, very candid tour of my home and “Velocity Headquarters” to a few very special guests, who learned of us from an article in “The Bold Italic : http://www.thebolditalic.com/articles/503-master-of-the-universe

“My name is Dre "Poco" Devis. Earlier today, I was given the honor and pleasure of sharing in the magic that the Gregangelo and Velocity have created. Thank you.

I shared the story of my experience with a close friend, and this is what I told him;

If one magical being could curate a space that displayed all of my deepest passion, inspirations, aspirations, feelings, thoughts, confusions, questions, laughs, hopes, dreams, everything that my treasure chest of this life in this body beholds, then Gregangelo and Velocity have been the closest. And magical he must be since we've only just met for the first time (in this reality).

Again, thank you, and keep on inspiring the world…” 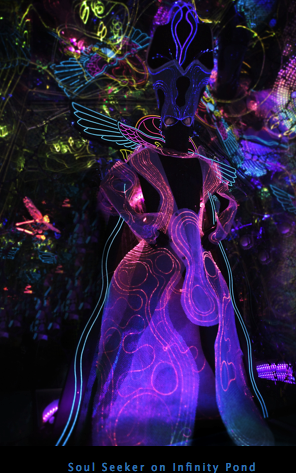 Posted by Gregangelo & Velocity Arts & Entertainment at 12:57 PM No comments: 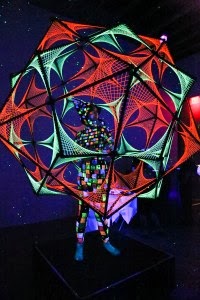 Following the sold-out success of the Scottsdale Museum of Contemporary Art’s recent experiential fundraiser “Night Circus,” the Museum has announced the launch of another ambitious benefit on May 10th, 2014 titled AURA. Just as the last gala was created as an otherworldly environment within the Museum, AURA also promises to completely transform SMoCA for one magical night. To ensure the same incredible level of event production that engages all the senses, SMoCA has invited the dynamic entertainment team responsible for “Night Circus” to return for AURA. Circus School of Arizona (CSA) and San Francisco’s Gregangelo/Velocity Arts & Entertainment have proven to be leaders in aesthetic, ‘living installation’ productions, specializing in holistic, interactive experiences that lend themselves to the unique environment of museums.

The AURA concept was inspired by SMoCA’s exhibition The Five Senses, with special focus on a seminal work included in the show by acclaimed Danish-Icelandic artist Olafur Eliasson which amplifies the experience of standing amidst water and a beautiful spectrum of fractured light. CSA and Gregangelo are crafting themes for AURA that channel weather, the alchemy of the ephemeral, and the kaleidoscopic wonder conjured by nature’s shifting, changing elements.

Last year’s fundraiser of dream-like gallery installations and lush settings of color, sound and spectacle will go to the next level for AURA. Costumed characters, prismatic light and projections, animated installations and altered environs will take the Museum by storm to create an unforgettable night for SMoCA guests.

Individual tickets for AURA start at $175. Underwriting and sponsorship opportunities, as well as group packages for ‘virtual tables’ are also available.  Interested parties can inquire by email at: smocafundraiser@sccarts.org
Posted by Gregangelo & Velocity Arts & Entertainment at 3:56 PM No comments: 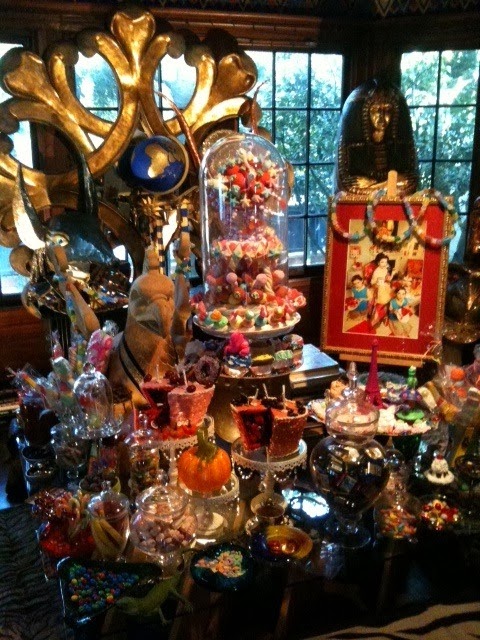 Anyone can get a bunch of art to hang in their homes, but few people turn their residences into actual works of art. Gregangelo, who Sara Faith Alterman wrote about a few months back, has a pad that he's spent three decades turning into a museum (which, by the way, is also called Gregangelo) with the help of many local artists and folks involved in his Velocity Arts and Entertainment crew. On a recent Saturday afternoon, Sara, her fiancee Sam, and I trekked up to the fancy pants part of West Portal to check out the Gregangelo Museum. Sam and I had never been inside before, and the affable Greg (for short) gave us an in-depth, three-hour tour of every last kitchen nook, crawl space cranny, and secret trap door room, most of which went far beyond my wildest imagination. (He even showed us his roller skates, which is his method of choice for getting around the city).
Each room is in a completely different theme, decorated to the nines with sculptures and paintings and thousands of knick-knacks. The coffee table pictured above is from what was technically the third room we saw. It's covered in a tower of candy, some of it fake and some of it very real (Greg gave us to-go bags to take sweets away with us.) 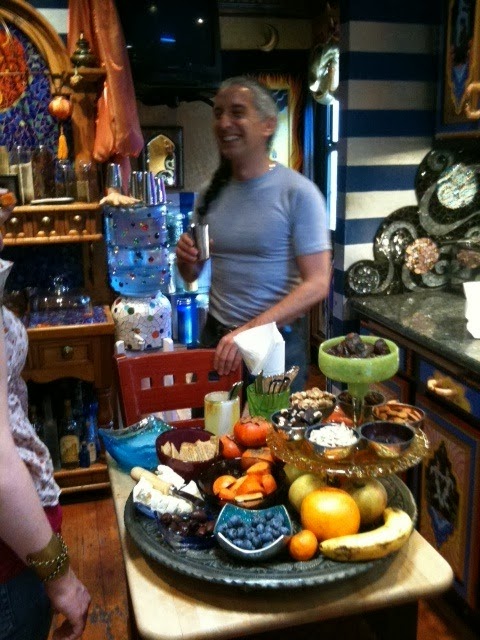 Greg is an awesome host. He's a great conversationalist, who seems as interested in his guests as they are in him, and he knows how to give good spread. Here's a little tower of yum that he had waiting for us when we arrived (and that's Greg in there, too). 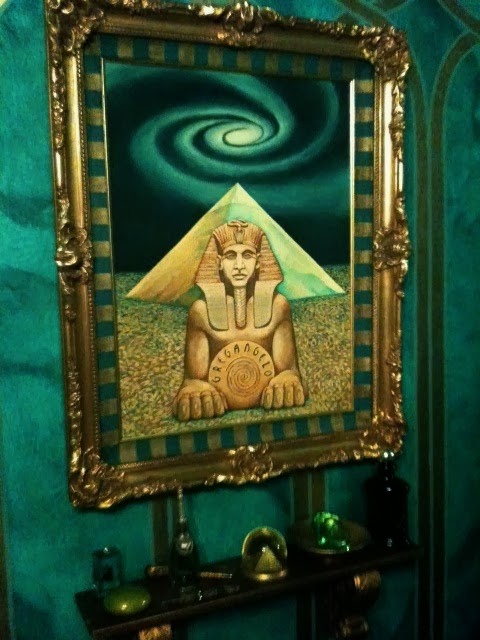 There's a lot of Ancient Egypt going on at Gregangelo's. There are pyramids and paintings everywhere, like in this bedroom, where everything is a different shade of emerald or gold. 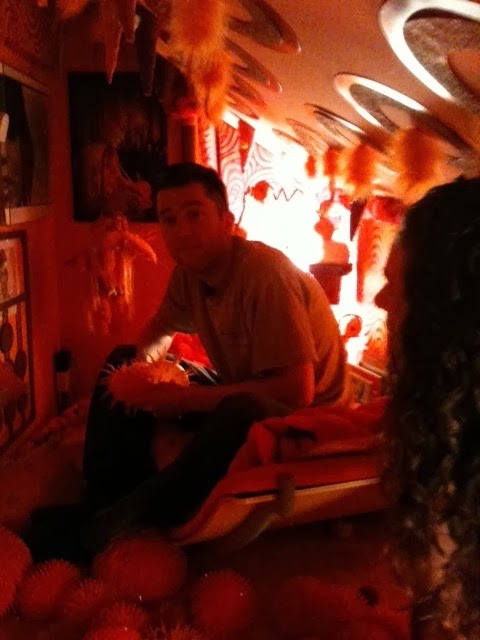 When Greg has a color theme in mind, there's no limit to how far he can saturate a room in this hue. This photo's blurry, but this was one of my favorite parts of the tour. Everything in this section is orange, and when you crawl in (literally, like on your hands and knees) Greg can cue a record player by remote control to play "The Girl From Ipanema." Sam is holding one of many hundreds of bouncy rubber balls with long rubber spikes found in the room. 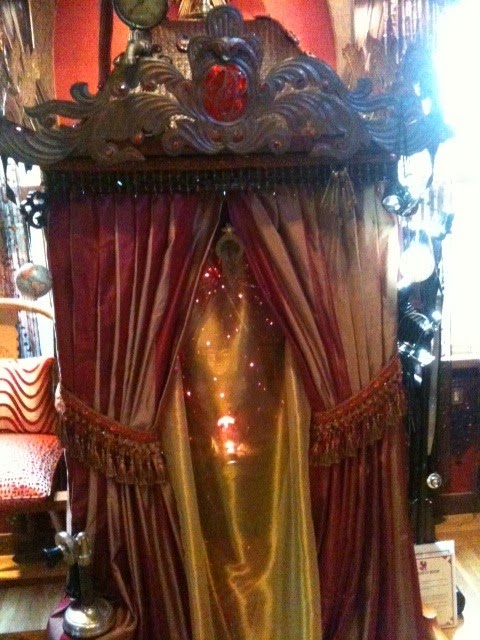 What is this, you ask? A time machine, obviously. Every artist's home should have one. 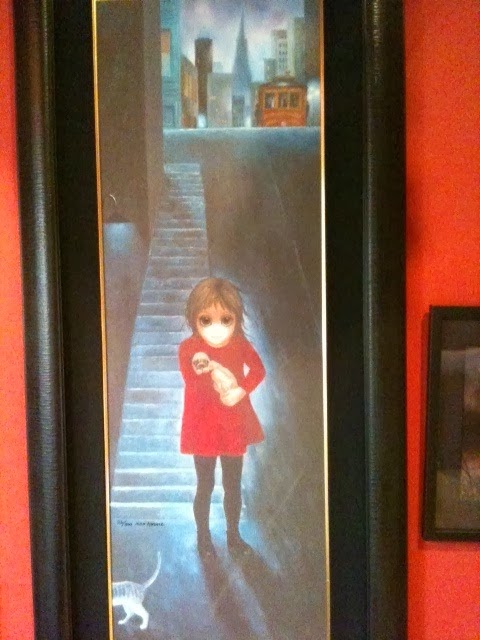 If I could go back in time, I would like to collect this painting by Margaret Keane, the famous San Franciscan whose work is all over the museum. Greg told us a good story about a paint-off between Margaret and her then-husband, a contest to prove that she was the actual artist behind the Keane works. The Gregangelo museum is visited by a lot of kids (and, from time to time, bachelorette parties, from what we heard). There are so many little details in each room that children - and those with a childlike sense of stokedness - have a lot to look at. 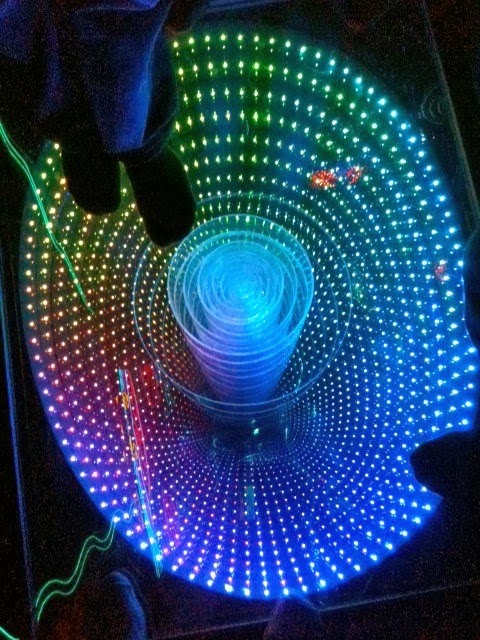 My favorite part of the house, though, is up in the attic. That area represents the cycle of life, and involves a lot of crawling and spinning around, mirrors, glowing lights, and generally, very psychedelic stuff everywhere. The last part of this wing is a pyramid room, where unfortunately none of my photos came out. I can describe it, though; it's like being in your own private laser light theater. (Which = sweet!) Greg played some wild new age jams through the speakers and we were instructed to lie down on pillows as images of stars and planets were projected in the dark over our heads. It was, like the rest of the Greganglo experience, completely surreal. I hope we can have a Bold Italic event at the Gregangelo pad; it's like no other museum in town.

Posted by Gregangelo & Velocity Arts & Entertainment at 2:42 PM No comments: