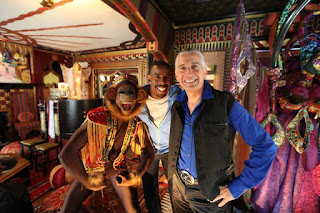 AMS Pictures selects Gregangelo's headquarters for their original production of "Home, Strange Home" to be aired on the HGTV network.

Gregangelo Museum will be featured on the forth episode of Home Strange Home on Friday, November 9, 2012 at 9 PM EST/8 PM CST on HGTV.

Posted by Gregangelo & Velocity Arts & Entertainment at 2:59 PM No comments: 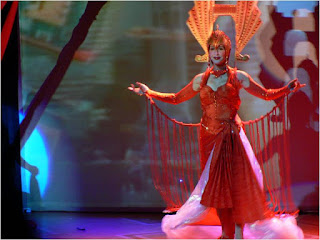 Over the past several years, I have had the opportunity and pleasure to contribute meaningful entertainment customized to raise visibility and entertain guests and patrons at several San Francisco Kids Turn fund raisers. In doing so, I have grown to learn of and value the organizers, the organization, the programs, the mission, and the evolving clientele of Kids Turn.

I grew up as an inner city kid in San Francisco during the seventies in a divorced home and though I did not have the opportunity of any officially organized after school, weekend, or family programming…life was good.

The seventies in San Francisco was a time of both Female & Gay Liberation, the Hippie Revolution was still lingering, the Zodiac Killer was active and on the loose, The Peoples Temple massacre occurred, The SLA kidnapped Patty Hearst and terrorized The City, the Mayor (to me a family friend as he was the father of our classmates at school) was killed, Drugs were rampant in the streets, and China Town Gangs were at their peak. In fact, in addition to our usual fire and earthquake drills at our elementary school on the fringe of Chinatown, we had sniper drills to learn how to avoid the occasional gunmen who used our schoolyard as a thoroughfare.