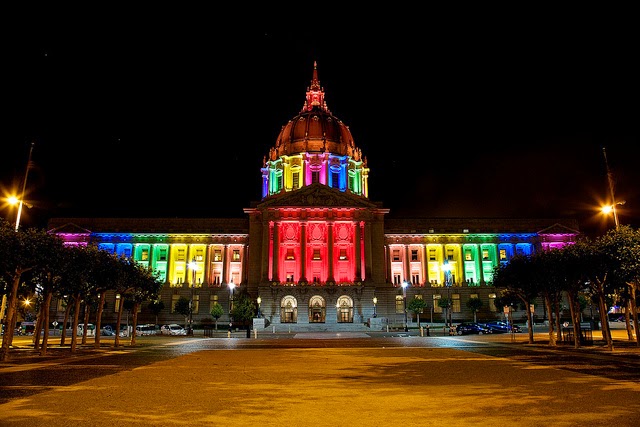 Gregangelo & Velocity Circus was honored to be invited as both a sponsor and featured performers at this years PRIDE 2014 VIP celebration beneath the majestic Beaux Arts rotunda of
San Francisco City Hall.

We took the opportunity to observe the profound progress of the acceptance of gender fluidity and recent same sex civil-freedoms by bringing the rainbow, the LGBTQ (Lesbian/Gay/Bi/Trans/Queer or Questioning) symbol of diversity to life… 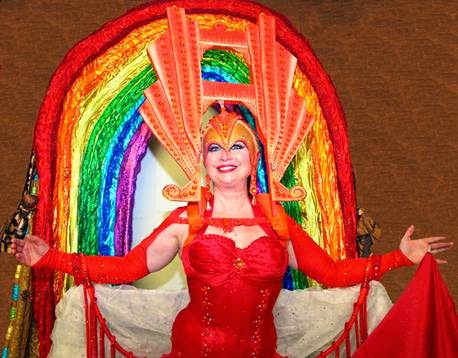 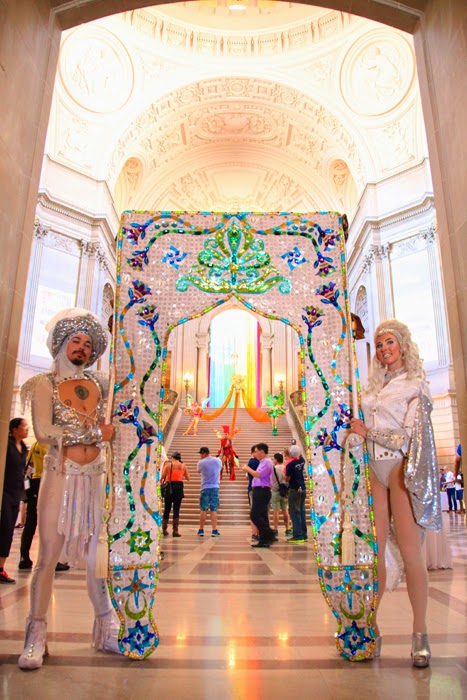 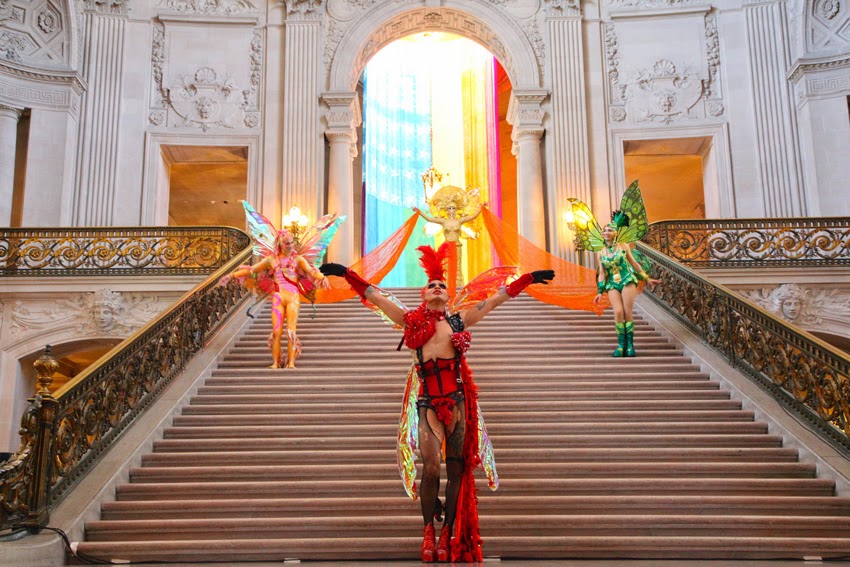 Red, Orange, Yellow, and Green emerge from the rainbow to welcome all 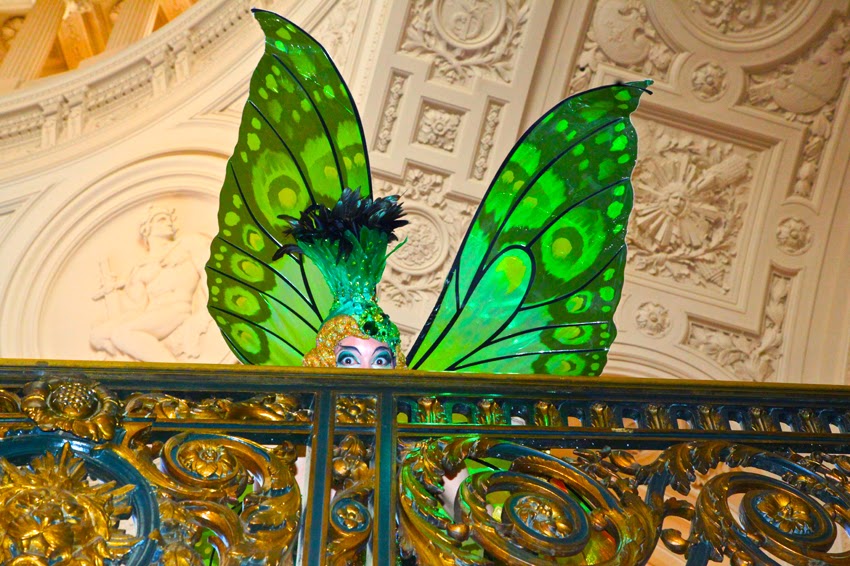 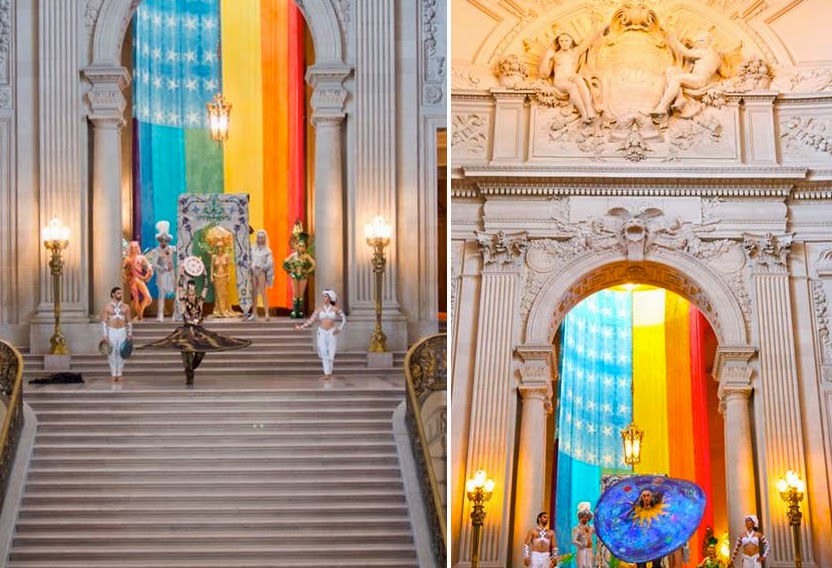 Whirling dervish representing the truth of nature and equality 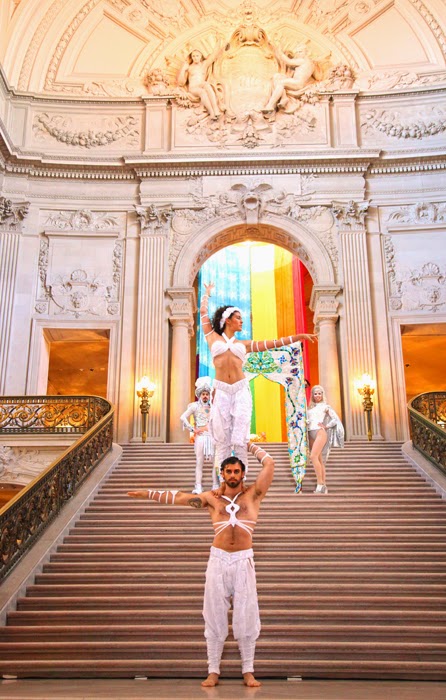 The balance of power 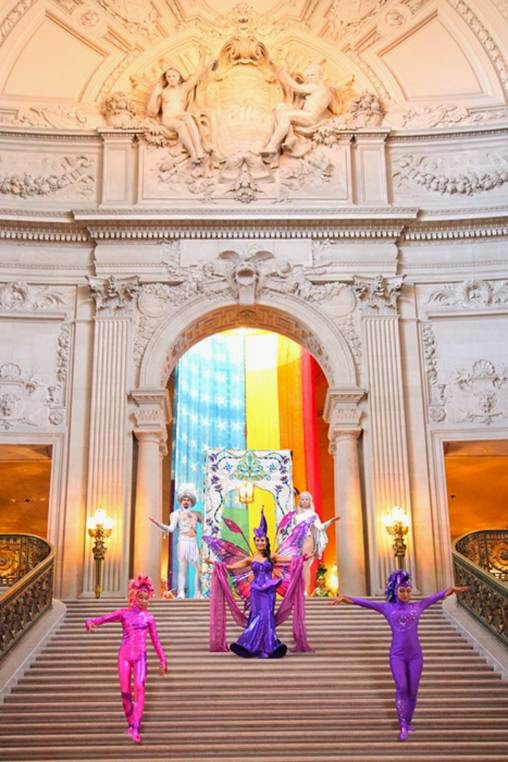 The violet/purple/pink spectrum takes the stage with beautiful femininity 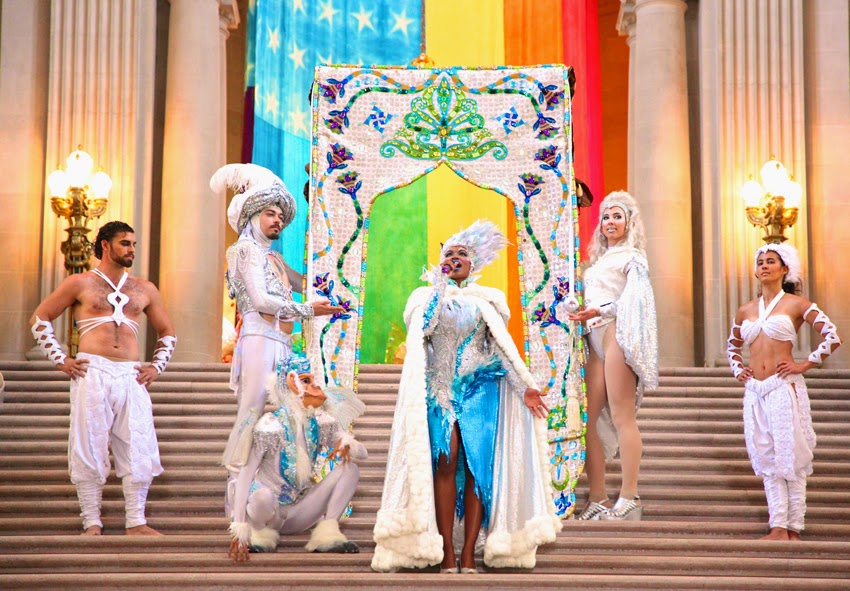 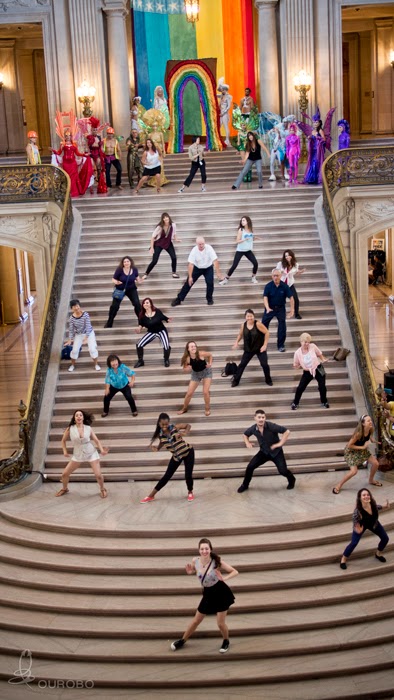 The enthusiastic “Audience” storms the stage and performs a flash mob to the song
“Happy”, a word once interchangeable with “gay”

SEE SOME BEHIND THE SCENES PHOTOS HERE FROM ATELIER EMMANUEL: 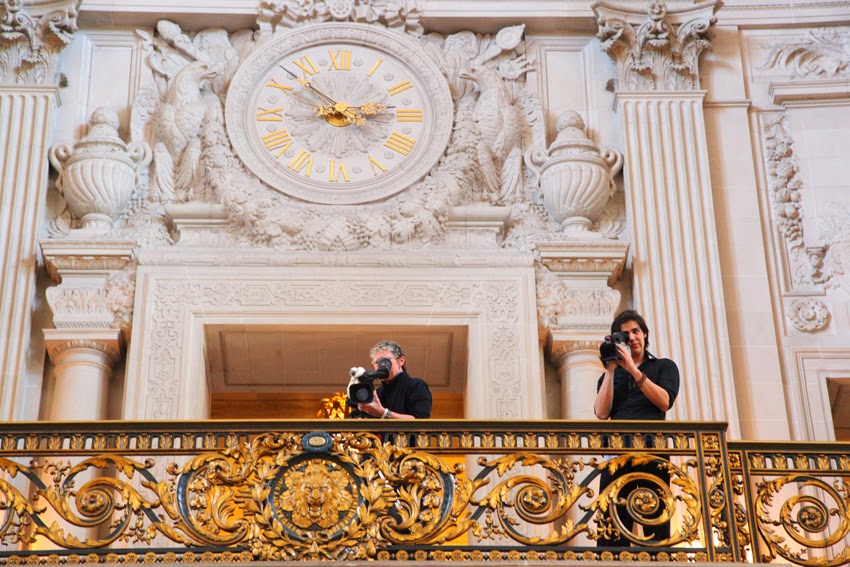 And other Beaux Arts performances in our new gallery here: 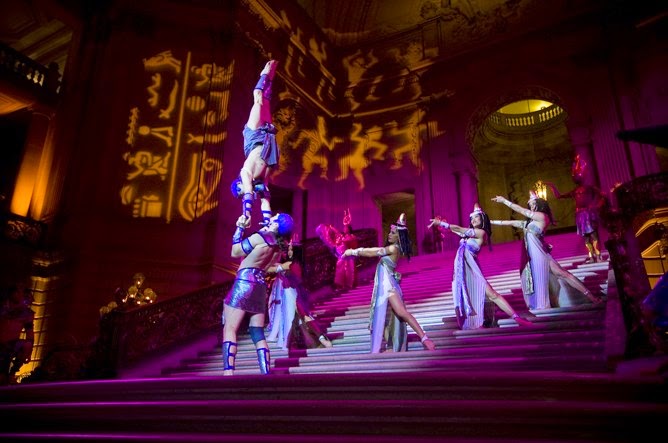 Posted by Gregangelo & Velocity Arts & Entertainment at 5:55 PM No comments:

The idea of an individual changing society

“The idea of an individual changing society is so abstract and mythological it borders on the imaginary, and I work closer to the imaginary than you’re supposed to, I think, as an artist, and it’s really almost a childlike idea to think you have agency, and it’s embarrassing to express that notion of agency, but I feel like I am this illustration of a person who has no role in society, who was trained to be a manager of managers but has no prospects aside from a vaguely defined massive social arena, where I’m occupied but not employed, and I’m concerned with meta structures but I can’t understand the most basic societal structures (employment again), where I emerge from a lifetime of school and, not knowing what to do, continue to behave as if I’m in school. ”
-Blaise Larmee (via http://davidhockney.tumblr.com/)

Posted by Gregangelo & Velocity Arts & Entertainment at 2:45 PM No comments: