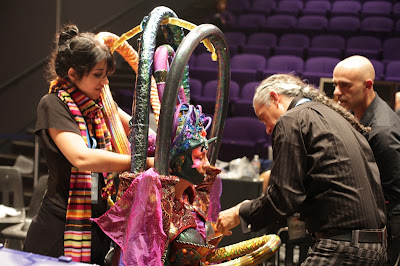 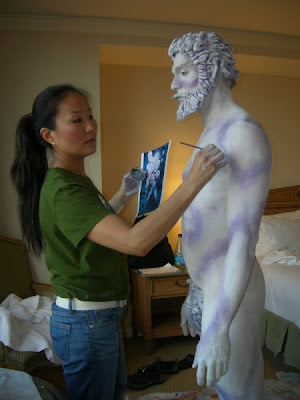 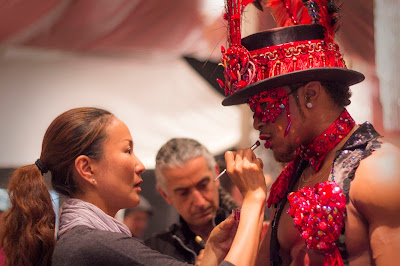 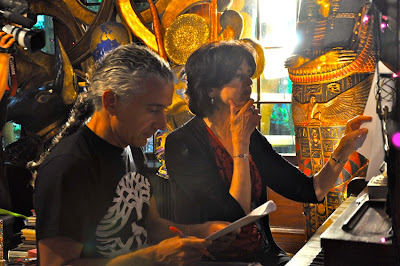 Olivia Gryphon, an accomplished artist who runs several of her own businesses, took the time this week to fill in here and help run Velocity Circus.

I went through a list of work tasks for the day, which I don't exactly recall but something to the extent of :"Be sure to leave space for the albino monkey's wings", "Order a hydraulic lift so we can make her appear to melt", "Don't forget to clean the snow machines", " Be sure her headdress is not a hazard when he throws the knives at her" ; to which she calmly and rationally replied, "No Problem" and proceeded to do the work.

In that brief moment of an assuring and able reply, I realized that I normally cringe at the utterance of either word: "The problem is...", "No, that's OK" (WHICH IS IT- No or OK? and always spoken in the condescending tone one speaks to a pet), and so many more lazy, inept, and obstructive uses of the two words.

But sequence No+ Problem together and it is a sweet concerto spoken by a composer of the highest competence.

I suppose this was just a flash of realization that ALL of the artists around here are indeed maestros...

"Superimpose the Neptunian's over the Andromeda Galaxy..."The beluga whale should have the expression of a drag-queen"... " Buy forty yards of black and white polka dot fabric for the quick change"..."Can you re-write the song to include a baby who turns into a dog?"... Try to spin suspended from your teeth for just 8 counts longer"... 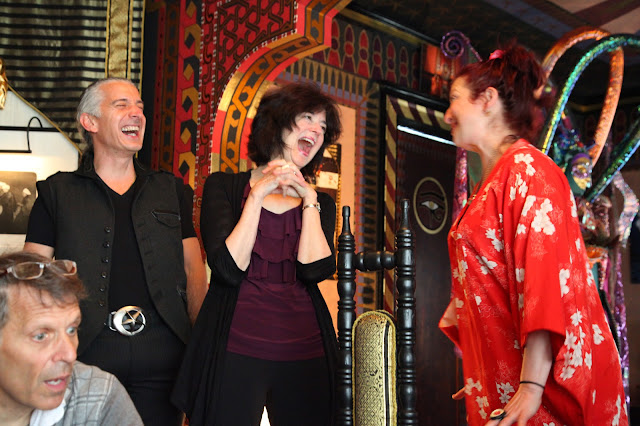 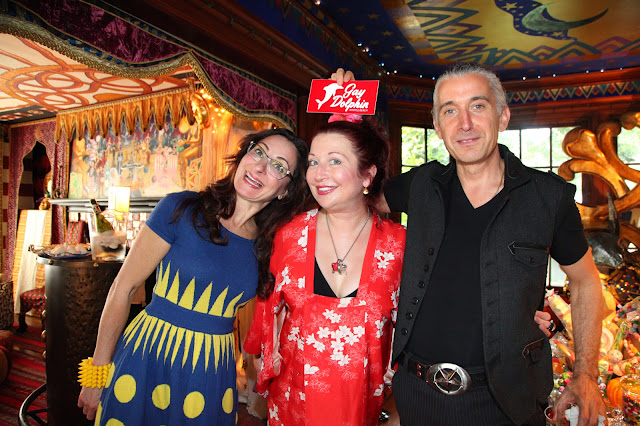 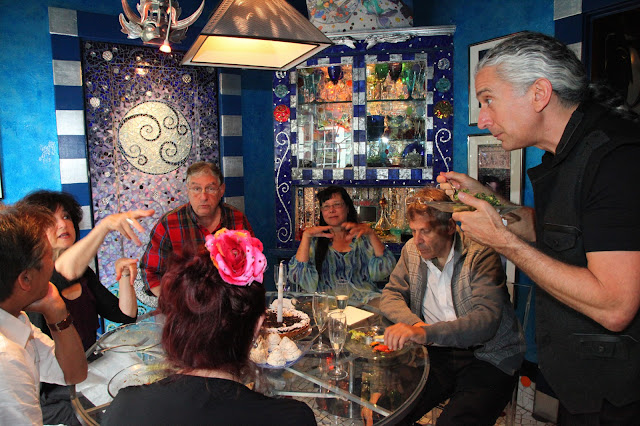 Welcome to the world of the wildest guy I know
He moves with high Velocity--he's called Gregangelo
His life is one big circus and his passion is intense
He was born a whirling dervish and been whirling ever since
There's no way to describe it, so I'll have to simply say
HAPPY BIRTHDAY ~ HAPPY BIRTHDAY!

Civilizations on the ceiling, hieroglyphics on the walls
There's a mummy in the living room, and phantoms haunt the halls
In the basement they're concocting creatures made of glitter glue
In the kitchen a contortionist is stirring up a stew
There's no way to describe it, so I have to simply say
HAPPY BIRTHDAY ~ HAPPY BIRTHDAY!

If you think you've got the gist of it--you still have no idea
How shall I put it? The bathroom almost makes it fun to have diarrhea
& Upstairs, you can sleep in a pyramid while attending an all-night black light show
Just a few o' the perks o' the lucky ones, in the Orbit of Gregangelo

TAG:
He's One-of-a-kind, and kind of a Wonder
He'll retool your brain chemistry
He's an alien being brought down to earth
To set all our fantasies free
But with all o' that said, I still can't begin to describe him, so I give up!
All I can say is...
HAPPY BIRTHDAY ~ HAPPY BIRTHDAY!!
HAPPY BIRTHDAY, GREGANGELO !!!!Í

Posted by Gregangelo & Velocity Arts & Entertainment at 7:31 AM 2 comments: